It was 3 am last Wednesday morning and the doorbell rang and woke Stephanie and I up out of sound sleeps.

I couldn’t hurry down the stairs with my leg so Stephanie waited for me. We were quiet and the doorbell rang again. I wondered if someone needed help. 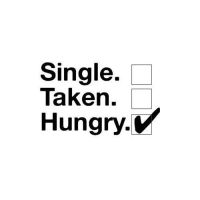 We went down the last flight of stairs and it was my buddy Eugene, the homeless man I befriended back in May. He stopped by because he has been at the store where I usually go get my coffee during the maniac’s hours and he hasn’t seen me.

He seemed embarrassed and we were both thrilled to see him even if it was 3 am in the morning. He said, “I thought I should come by and make sure you were both okay. I haven’t seen Corey at the store or the Friendly Kitchen (soup kitchen) for weeks. He noticed my leg and my crutches. “What happened to you, Corey,” he said. I told him about my falls and my broken bones.

I asked him how was his phone card and he said it had run out. I felt so bad I bought him the phone and promise to buy him the cards to use it. I said to Stephanie, “Do you mind taking a trip to the story?” “No,’ she said. “Not at all, let me just go and get changed.

“Come on in,” I said to Eugene. “You must be hungry or thirsty we can buy stuff at the store.” Stephanie was down in a flash and we all piled into her car and drove up the street to the store. I was psyched that I could get myself a coffee like old times. Oh how I missed my quiet morning routines. The clerk was very surprised to see me and we chatted while Eugene shopped and Stephanie went to make me my coffee. The clerk said, “The mornings are not the same without you and Julia Bleu. Are you going to be walking without crutches soon?” I told her, “I don’t know I see the doctor on the 24th. From there they will decide what I need and when I need it.”

Eugene came carrying more stuff than he has ever bought. I thought to myself he did stop by to check on me but the poor guy was starving as well. I bought the phone card, and Stephanie brought up my coffee. I paid the clerk and when we got outside I invited Eugene back to the house. “Do you want me to heat up your canned pasta for you and I will load your phone with the minutes?” “Sure,” said Eugene.

We piled back into the car and headed down the street towards the house. Stephanie carried my coffee and Eugene had his two bags full. We went inside with Julia Bleu and turned on the lights in the kitchen. Stephanie ended up heating Eugene’s pasta up and I loaded the new minutes on his phone. He was already through a bag of chips and an entire power-aide. I felt so bad and realized how glad I was that we were comfortable with one another for him to stop by whether to check on me or to get food. It made me really sad that Eugene was so hungry. Stephanie cooked him three cans of pasta and no lie it was all gone in 5 minutes or less.

I asked him if he wanted to go back to the store to get more to eat. He hesitated and then said, “Would you mind?” Stephanie was right on it and told me to stay home and off the leg while she took Eugene back to the store. I went on my computer like old times and started finishing a blog I began to write the day before. I knew Stephanie was safe with Eugene it just made me nervous and I now knew how she felt when I was out with him alone. We just didn’t know him and this world can be really scary. Not only that it is his friends and peers that make me nervous.

Stephanie and Eugene returned with more stuff and three more cans of pasts. Stephanie took to heating them up and I asked Eugene how he was doing and how have things been? Eugene got all serious and said, “Things had been horrible.” He got into this group of guys and a couple of them  were trouble. They had been at the Friendly Kitchen when one guy threatened one of the volunteers with killing him. Irene the director banned all those guys for a month and they would have to meet with her individually to get back in.

This just happened so he had missed a Thursday meal and then yesterday’s meal which was Tuesday. It was Wednesday morning so he probably hadn’t eaten in days. I asked him if he went to other meals and he said, “Yes, there is a lunch Monday thru Friday at one of the churches in Portsmouth. But it is difficult to get a ride back and forth and we need to sleep in Dover with the new laws in Portsmouth.” I asked about the laws in Portsmouth and Eugene who was slowly finishing up his six cans of pasta said, “It is horrible! No loitering in any public place after 10 pm. Dover has the same laws but they don’t enforce them unless someone complains.” I asked him about the residential house that he had gotten so close to getting into. He said, “I am like number 21 on the list and it doesn’t look promising for winter. I really blew it missing my interview.” Stephanie who had been quiet said, “Eugene would you ever think about heading south towards your daughter?” Eugene looked sad and said, ” My daughter likes to talk to me on the phone but doesn’t want me in her life beyond that.” Stephanie and I both went quiet and finally I said, “How about some ice cream to wash down that pasta?”

Eugene said he was very grateful to us and glad I was okay but he needed to get back to the store to meet the gang. I said, “Ok, well lets plan on doing this in a couple of days when it is a little later. How about Friday at 6 am?” Eugene thought it was on the late said and it annoyed me a bit. I said, “Well if you want to go to the store on Friday at 6 am that is up to you. Please let me know today or tomorrow if you want us to meet you at the store for 6 am. I am just not getting up so early with the injury and I don’t see why you can’t go anytime, but your choice!”

“Eugene said he would call me and let me know about Friday and headed out with his two bags filled with junk food. “Nice to see you Eugene, Good Morning!” “Thank you!” he said as he headed down the road.

We got back inside and I told Stephanie I was grouchy about Eugene and being picky about the time. She said, “Yes, he doesn’t really get what we are doing for him at 3 am in the morning without notice, and so it seemed to rub him the wrong way that you would say 6 am.” I tried to let it go but it bothered me a great deal. I don’t believe Eugene is a bad person I think he is missing a sensitivity chip about us and how he help him out.

We headed back upstairs and Eugene had texted me on my phone. I couldn’t tell when it was from. I opened it and it said, “Sorry I was a jerk I hope to see you Friday at 6 am.” I showed Stephanie and I started to cry. My friendship with Eugene was so hard because he had nothing and we had so much. Talk about unfair wealth distribution and food distribution.

It got Stephanie and I talking about politics. What was HRC going to do for the poor and the homeless? She plans to give more benefits to states to deliver locally as almost all low-income or no-income programs are implemented. I hoped Eugene would be there on Friday and I felt sick with having just abandoned him without a phone call or anything. It was thoughtless and should my insensitivity to the issue and I had to call Irene at the Friendly Kitchen and see if I could help some way sitting down. I think I could check people in and rsvp them for the next meal. Stephanie and I were still tired and I thought of my unanswered letter to UNH. I had to add that to my to do list over the next couple of days. Stephanie cuddled up to me and held me tight. I thought about Eugene and how he didn’t have a bed…….